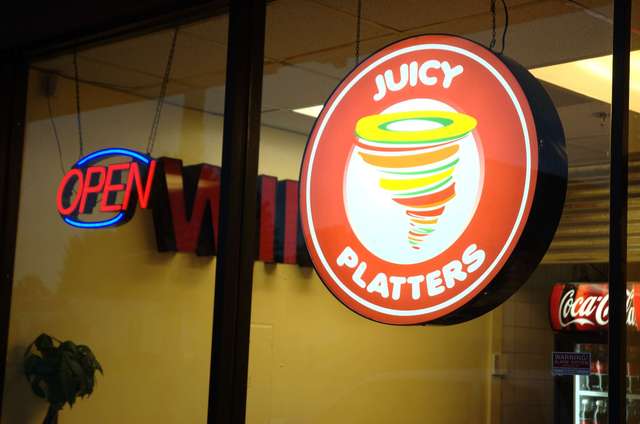 One day last week Kat and I were famished and looking for a cheap local spot to grab some food on the go.  I reached for my trusty I-Phone and opened up my Urbanspoon application for guidance.  For those who have not used the Urbanspoon application or the Urbanspoon website, it is a Foodie’s dream come true.  Whenever you find yourself wondering where to eat, in a foreign place or right in your own backyard, you can turn to Urbanspoon for some much needed assistance.  You have the option to browse Urbanspoon’s vast database of restaurants utilizing their many built-in filters, including but not limited to types of food, prices, hours of operation, and top picks.  If you are feeling frisky you can always just shake your phone and the application will randomly chose a restaurant in your area for you to visit, I can’t tell you how many times this application has solved our restaurant choice arguments after a long day in the city.

On this particular random weekday the Urbanspoon’s magic 8-ball like powers lead us to a local eatery named Juicy Platters located at 22-18 Broadway.  Upon further review of the Urbanspoon Application’s profile of Juicy Platters, I found that they serve Greek, Mediterranean, and Middle Eastern fare and the average price for an entrée was listed as under $10. After a quick review of the menu, reading a few reviews online, and, of course, the okay from Kat we were in the car and on the way to Juicy Platters.

Without truly knowing what to expect we ventured down Broadway looking for this new restaurant that we have never seen before on our travels up and down the commerce-laden strip that is Broadway in Fair Lawn.  When we arrived, we saw that Juicy Platters is nothing more than a tiny store front in the plaza that used to house the Hyway Theater. This establishment is comprised of the main counter where the customer can place their order, a rather large kitchen and a small eat-in bar with five chairs.

According to the aforementioned online reviews, Juicy Platters is known for their tzatziki-style white sauce that you can pour over your platter and chicken wings.  Armed with this useful knowledge, Kat and I, ordered two Mixed Platters and an order of Super-Hot n’ Garlic wings.  The total including the Vitamin Water we decided to split came out to $24.40, which we gladly paid and then grabbed two empty seats at the small eating area.  As we waited for the food to arrive, we did some people watching and noticed that most of the clientele that was coming in and out of Juicy Platters were ordering their food to go.  There were quite a few customers that picked up their orders while we were in the restaurant and all seemed to be repeat patrons, which usually is a good sign that a restaurant is doing something right.

When our mixed platters arrived, the first thing we noticed was the generous portion size that was offered at Juicy Platters.  Not only was there a huge amount of rice that filled the aluminum serving container but the mixed grill meat was damn near over flowing.  Kat and I both drizzled the white sauce over the top of our mixed grill platter and each took a bite. With that first bite, Kat and I knew that we had stumbled upon something delightfully unexpected.  Seconds after taking the first bite, Kat uttered a phrase that I cannot add to this review, but let’s just say I knew that she liked it. The meat was tender, juicy, and plentiful, while the sauce was tactfully seasoned to complement both the meat and the rice, and the vegetables were flawlessly cooked.   Juicy Platters had not only shattered our expectations but done it at a price that is both honest and affordable.

We savored each bite like it was the last as we slowly but surely made our way through our Mixed Platters.  We were so overjoyed by this remarkable dish, that when the wings came out, neither of us attempted to even open the box that they were housed in. Finally, I was able to pull myself away from the Mixed Platter long enough to try one of the boneless wings that we had ordered. Sadly, I was unimpressed with the wings that Juicy Platters offered. The wings were not bad, but compared to the Mixed Platter they were nothing spectacular.  The sauce was as advertised both spicy and full of garlicky goodness, and when dipped into the house white sauce they were respectable as far as boneless wings go.  Before a final decision on Juicy Platter’s wings can be made I will have to try their bone-in variation which might be better. My suggestion as of now, is to skip the wings and double down on the Meat for your platter, not only will save a few bucks but you will be just as full, and twice as happy.

After eating our share of the wings both Kat and I dove back into our main course and fell in love with Juicy Platters all over again.  The combination of the amazing taste explosion and the low-low prices that they charge has earned Juicy Platters a spot in our regular rotation of fast food choices.  Kat and I will definitely be returning to Juicy Platters again and again to try all of their offerings and we suggest that you do as well. 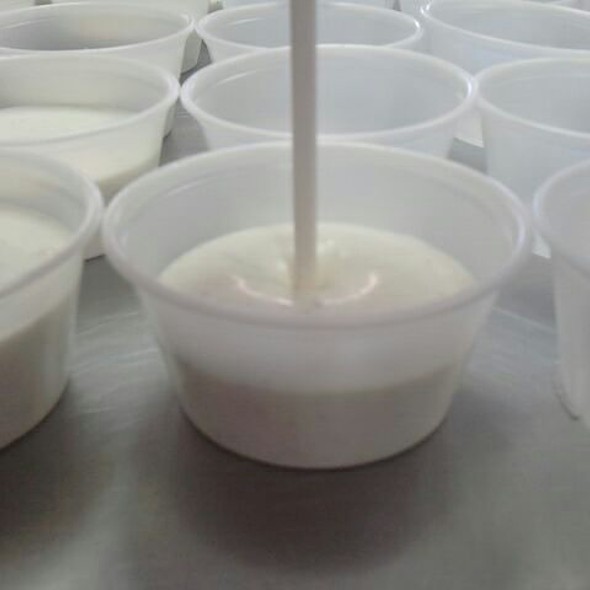 On a side note, for all of the Vegetarian foodies in the area, Juicy Platters offers several vegetarian options that I have heard are just as memorable as their meat coma-inducing counterparts.  In a world that treats vegetarians as it does lepers, this is a welcomed change for most of my friends that walk through life as herbivores.